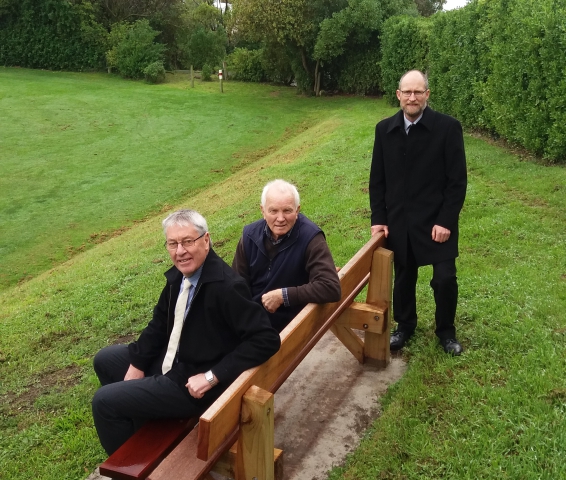 A collaboration between Waitaki District Council and the Oamaru Beautification Trust has resulted in two park seats being donated for people taking in the views at King George Park.
Parks Officer Mike Kwant says the seats will complement other seats that have been installed in various Oamaru parks including Cape Wanbrow and Friendly Bay.
“This generous donation means that Oamaru has more seating in popular parks and reserves where people can relax, watch sporting events and take in the harbour views,” says Mr Kwant.
The simple yet durable and attractive Kwila seats at King George Park, constructed and installed by Downer, are similar to others at Cape Wanbrow and Lookout Point.
One seat is located next to the Union Cricket club rooms where people can watch cricket matches as well as having harbour views. The other seat is adjacent to the Harbour View Rest Home, giving residents easy and convenient access where they can enjoy the views of the park.
There are other parks where additional seats can be donated. Should anyone be interested in making a donation they can contact Council staff.
“If anyone is interested in donating a seat for Cape Wanbrow, the Learn-To-Ride bike park at Friendly Bay or the Oamaru Public Gardens we would like to hear from them.”